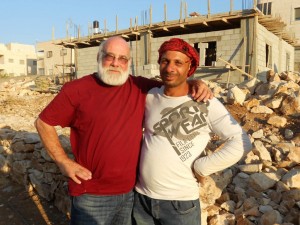 Jeff Halper will speak on:
“The War Against the People: How Israel exports the occupation of Palestine to the world”

Don’t miss this opportunity to hear Nobel Peace Prize nominee Jeff Halper’s much sought-after analysis and update on the current Israel/Palestine conflict. Having just released his fourth book ‘War Against the People: Israel, the Palestinians and Global Pacification’, he will be answering the question ‘How does Israel get away with it?’ and sharing some findings from his investigations into the Israeli arms trade.

With the recent surge in violence over the past few months and Israel’s renewed shoot-to-kill policy, it is crucial to understand the underlying ‘Matrix of Control’ that enables Israel to exploit the Palestinian people, land, infrastructure and resources, and also to export these methods to other parts of the world through arms sales and military training.

What does this mean for our campaigning for peace and justice for the Palestinian people, and for the Boycott, Divestment and Sanctions movement?

Dr Jeff Halper is co-founder of ICAHD, the Israeli Committee Against House Demolitions, a direct action human rights organisation set up in 1997 to resist the Israeli policy of house demolitions and its brutal military occupation over the Palestinians. More than 48,000 homes have been demolished in the Occupied Palestinian Territories since 1967, and ICAHD has rebuilt 189 Palestinian homes to date in acts of political resistance and solidarity.

Copies of Jeff Halper’s new book will be available to buy at the meeting.