Join us on Saturday to demonstrate in solidarity with the people of Palestine. Activities have been planned and will be explained at the Clock Tower. 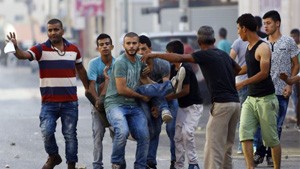 Palestinians are uniting in their struggle against the vicious and murderous Israeli regime that is intent on wiping them out of history.

They are appealing to people of conscience around the world to mobilize in solidarity with this resistance and join the movement for Boycott, Divestment & Sanctions.

We are supporting this call with our 2nd demonstration this Saturday. We urge you to join us!