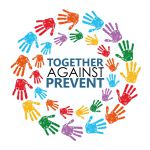 Brighton & Hove Palestine Solidarity Campaign is pleased to announce its affiliation to ‘Together Against Prevent’, a broad coalition of organisations opposed to the government’s ‘Prevent’ programme.

We strongly support the following founding statement of ‘Together Against Prevent’, and we encourage organisations and institutions concerned about the threat to civil liberties posed by ‘Prevent’ to join us by affiliating as well.