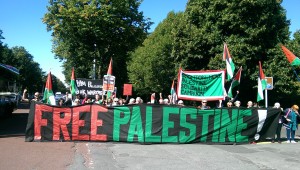 On a glorious sunny afternoon, a coachload of us from Brighton, Worthing, Portsmouth and Southampton joined about 2000 protesters from around the UK in the hours before the start of the Wales v. Israel EURO2016 qualifying match in Cardiff to call for Israel to be suspended from UEFA and FIFA until it complies with international law and respects the human rights of the Palestinians. 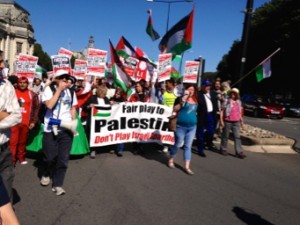 We marched through the city, and received amazing support from the people of Cardiff, and from Wales supporters gathering for the match. 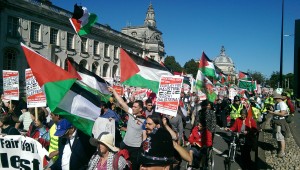 Israel uses sport as a way to present itself as a “normal” European state. The fact that it gets recognised as part of Europe is itself outrageous. It uses sport to whitewash its racism against the Palestinians, just as South Africa did under apartheid. And just as people in South Africa did, activists yesterday took a stand. 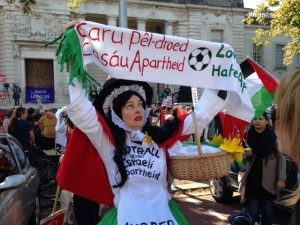 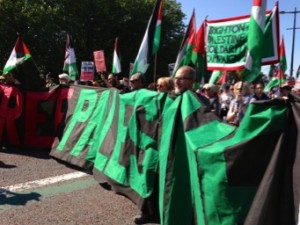 Sporting events have become a key battleground – the Israeli state is losing its legitimacy and it knows it. The sporting boycott is gaining ground and we have the power to keep the momentum going. Yesterday’s mobilisation in Cardiff sent a clear message that Israeli racism should not be tolerated.

The march attracted considerable press attention – click on the links below to see a few of these.