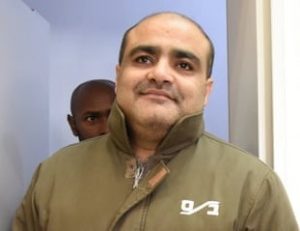 We were honoured to host this meeting, which drew attention to the plight of Mohammed El Halabi.

Mohammed has been imprisoned by Israel for more than 5 years, without trial.

Mohammed worked for international aid organisation World Vision in Gaza. He was arrested in July 2016 by Israel. The charges could not have been more serious: transferring 7.2 million dollars a year from World Vision, an American charity, to Hamas. This despite the fact that World Vision’s total budget over this time in Gaza was a fraction of this amount, and even though two audits concluded that no money was missing. Why? Almost certainly in an attempt to discredit NGOs and aid agencies working in Palestine, by trying to link them to allegedly terrorist groups.

We were especially honoured to welcome Mohammed’s father Khalil, as well as journalist Asa Winstanley and author Andrew Feinstein.

You can view the recording on our YouTube channel.