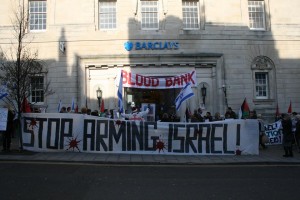 Today as part of a nationwide day of action in protest at Barclays holding shares in Elbit Systems, Brighton campaigners did a little bit of theatre inside the bank’s main branch in North Street.

They helped Barclays host a photography exhibition of Gaza by posting up photos of the destruction wrought this summer using drones manufactured by Elbit and funded by Barclays customers.

The Barclays rep reminded Elbit that they are already facilitating the investment of £3 million of their customers money in Israeli arms company Elbit and are happy to disregard their own ethical policy in order to increase returns on their investments.

Sussex Police, concerned that Barclays customers were being exposed to the truth about the bank, escorted the activists out and Barclays security set up a checkpoint at the doorway to the bank, and only allowed those with Barclay Card ID to go in.

The campaign continued on the street to an interested and questioning public.

Click here to watch a short video of the demonstration

Click here for reports on other actions around the UK.

Click here for a report in the Daily Express. 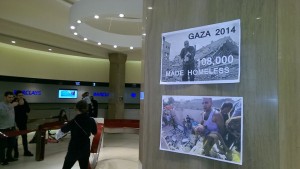 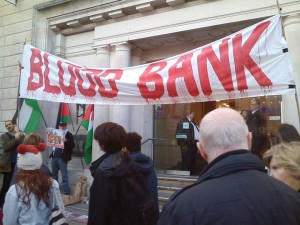 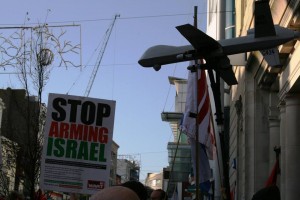 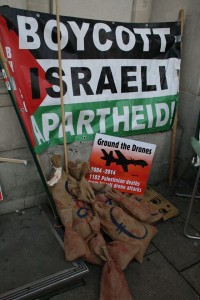 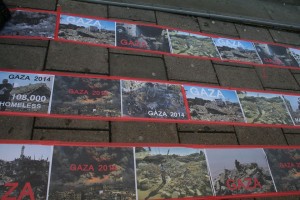