A new petition has been posted on the UK government website, calling on the government to impose an immediate two-way arms embargo between the UK and Israel. Follow this link to sign online.

Once the petition has been signed by 10,000 people the government is required to respond.

Palestinian civil society has called on the international community to give priority to the campaign to Stop Arming Israel.

Israel uses military force and sophisticated technology to maintain its oppression of Palestinians. Much of this militarised technology is provided by UK arms manufacturers, benefiting from loans and share dealings by UK banks such as HSBC.

Human rights organisations have documented that Israel violates international law and carries out war crimes during its frequent attacks on Palestinians.

Palestinian civil society has called for a comprehensive and immediate military embargo on Israel. BDS campaigning is starting to have an impact on Israeli military companies such as Elbit Systems. 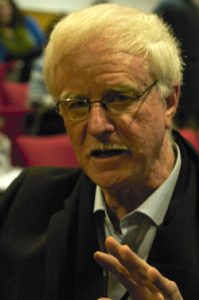 We were fortunate enough to welcome Haim to Brighton on the 12th of April. He enlightened us with his talk the history of the so-called ‘left’ in Israel.

Many in the audience were so inspired by Haim’s talk that they asked for links to his website, and to related websites.

The links are provided below, together with some of the background information about Haim that was included in the advance publicity.

You can also access the Powerpoint slides from Haim’s talk by clicking this link: The Israeli Left

Haim has been a prominent critic of Zionism, the Occupation and Israeli apartheid for many years. He was Professor of Film Studies and Chair of Cultural and Media Studies at the University of East London and is Professorial Research Associate at the School of Oriental and African Studies.

Haim is a prolific writer and filmmaker. His books include the bestselling ‘Introduction to the Holocaust’ and his edited publications include ‘The Gulf War and the New World Order’ and ‘The Conflict and Contemporary Visual Culture in Palestine and Israel’. His films include ‘London is Burning: Painful Conversations’.

“Most of my family was destroyed in the Holocaust – in concentration camps and in the Warsaw Ghetto.  I was born in a refugee camp in Italy immediately after the War.  I’m not saying this in order to elicit sympathy … but in order to explain why it is so easy for me to understand the Palestinians in Gaza and in the rest of Palestine.  It is easy for me to understand because they live in a combination of concentration camp and Warsaw Ghetto for so many years that we have stopped counting.” 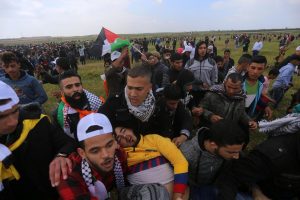 The Argus ran a story this afternoon about a security crisis at Hove Town Hall. The Argus reported that the City Council and local police were concerned about the threat posed by ‘a planned pro-Palestine protest’ to the lighting of the Chanukah Menorah – so concerned in fact that the ceremony had to be held ‘behind closed doors’.

Brighton & Hove Palestine Solidarity Campaign wishes to state clearly that no such protest was ever planned by local campaigners for Palestinian rights. Religious ceremonies would never be targeted by pro-Palestine groups. BHPSC is naturally sorry to learn that concerns over security disrupted the Menorah-lighting ceremony.

Questions must be asked about the source of this unfounded rumour, as they appear to be using religious sensitivities to discredit legitimate political protest. The Argus judged that the security alert was newsworthy: what was newsworthy was that rumours about a non-existent protest were spread in order to create a security crisis. The important questions for the press to ask are: who spread them? and why? 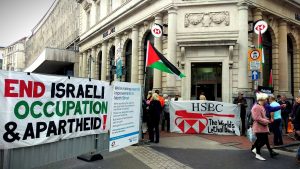 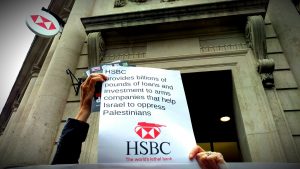 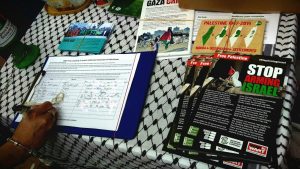 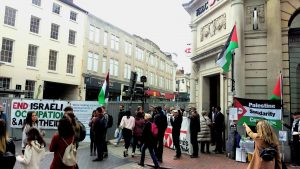 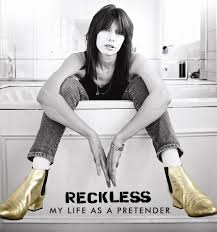